How your Mind affects your Gut; It works both ways! 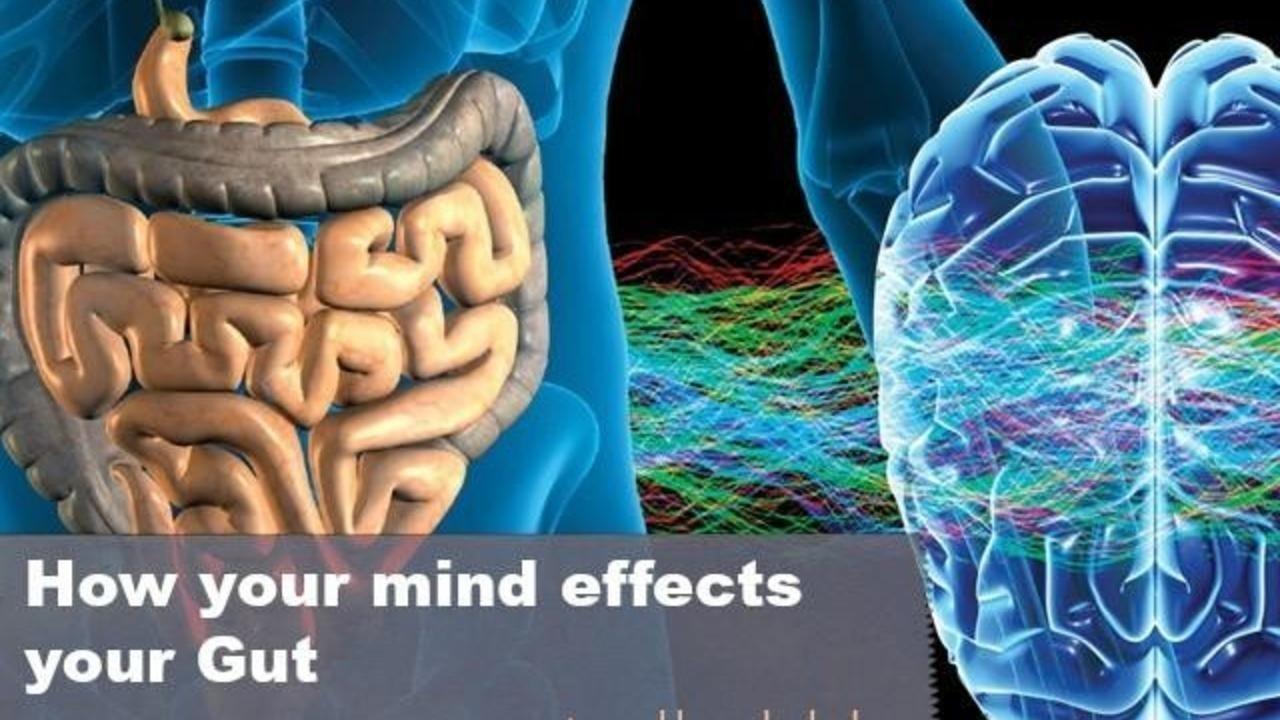 Right now there is a huge wave of information being shared about the links between the gut microbiome and, well, just about every other aspect of our health.
Depression, anxiety, allergies, autoimmune diseases.. the list really can go on when it comes to the gut flora being implicated as drivers in disease, and the current explosion of fermented foods, probiotic supplements and treatment plans on the market are a testament to the growing popularity and awareness of our friendly *bugs*.
But something that many people are still failing to join the dots with, is just how much this link can work BOTH WAYS.  In simple terms, we acknowledge that our gut environment can dictate the state of our mental health, but did you also know that your state of mind or stress levels can also have a HUGE impact on the balance in your gut??
So many times now in clinic, I have met people who have had near-extreme intolerances to things like fructose or gluten, and then gone on a holiday for two weeks and done nothing but sip cocktails on a beach… Guess what happened?  Not one reaction to the fructose in the drinks. NOT ONE.  The minute they stepped foot back into their normal lives, the intolerances started again!
I have seen this pattern so many times now, I just couldn’t ignore it.. So I wanted to share a bit of information with you about at least one of the mechanisms behind this phenomenon… Something called Secretory IgA.
Secretory Immunoglobulin A (Secretory IgA, or SIgA) is important in protecting the mucosal surfaces of the body.  The mucosal surfaces are the first line of protection, as they play a role in defending the body against pathogenic molecules.  Secretory IgA is produced by the B-cells of the immune system, which in turn forms immune complexes with the pathogens.  If someone has high or low secretory IgA levels, then this not only is a sign of compromised immunity, but it usually is a sign of gastrointestinal problems.
There are numerous factors which can cause a depressed secretory IgA level.  Stress is a well documented factor, which is why the SIgA is tested for on the Adrenal Stress Panels.
Numerous studies show a relationship between secretory IgA and stress.
Other factors which are know to reduce Secretory IgA include:
The best way to raise your levels of sIgA is by treating the gut, but also the entire person. This sort of protocol aims at identifying any drivers of inflammation, pathogens, and stressors:
Remove any offending foods or medications. You also need to assess and remove any pathogenic infections such as yeasts, bacteria or parasites.
Replace  what is needed for normal digestion and absorption.  This may include a correction of the stomach pH, pancreatic enzymes, or general bowel detoxification.
Re-inoculate with the correct probiotic strains and prebiotic hosts.
Repair the mucosal lining by giving support to healthy intestinal mucosal cells, goblet cells, and to the immune system using nutrients and herbs
Relax and find your happy place.  Cortisol (your stress hormone) can decrease the production of the immune cells which produce sIgA.  Exercise, laughter, and breathing or relaxation techniques have been well documented to help raise sIgA.
So if you haven’t already joined the dots, mental health and your gut have an intricate link, and together pretty much hold THE KEYS to the health of your entire system.
Testing for Secretory IgA: As I touched on earlier, it is possible to test your levels of Secretory IgA as part of the Saliva Adrenal Profiles I offer here at the clinic.  I always like to use this particular test because it also gives me a 4-point reading of your Cortisol levels throughout the day.  (Aka, it will allow me to see what your adrenals are doing and if they are playing a role against your sIgA levels). This is a test I would recommend for anybody who is having difficulty moving through an autoimmune disease, skin conditions such as psoriasis, has chronic fatigue, or has ongoing allergies or food intolerances.
Feel free to contact me at the clinic for further information. Have a great weekend everyone!
References:
http://www.jpma.org.pk/supplement_details.php?article_id=30
http://psycnet.apa.org/journals/psp/52/5/988/
https://www.ncbi.nlm.nih.gov/pmc/articles/PMC3845795/
http://www.naturalhealth365.com/digestive_problems.html/