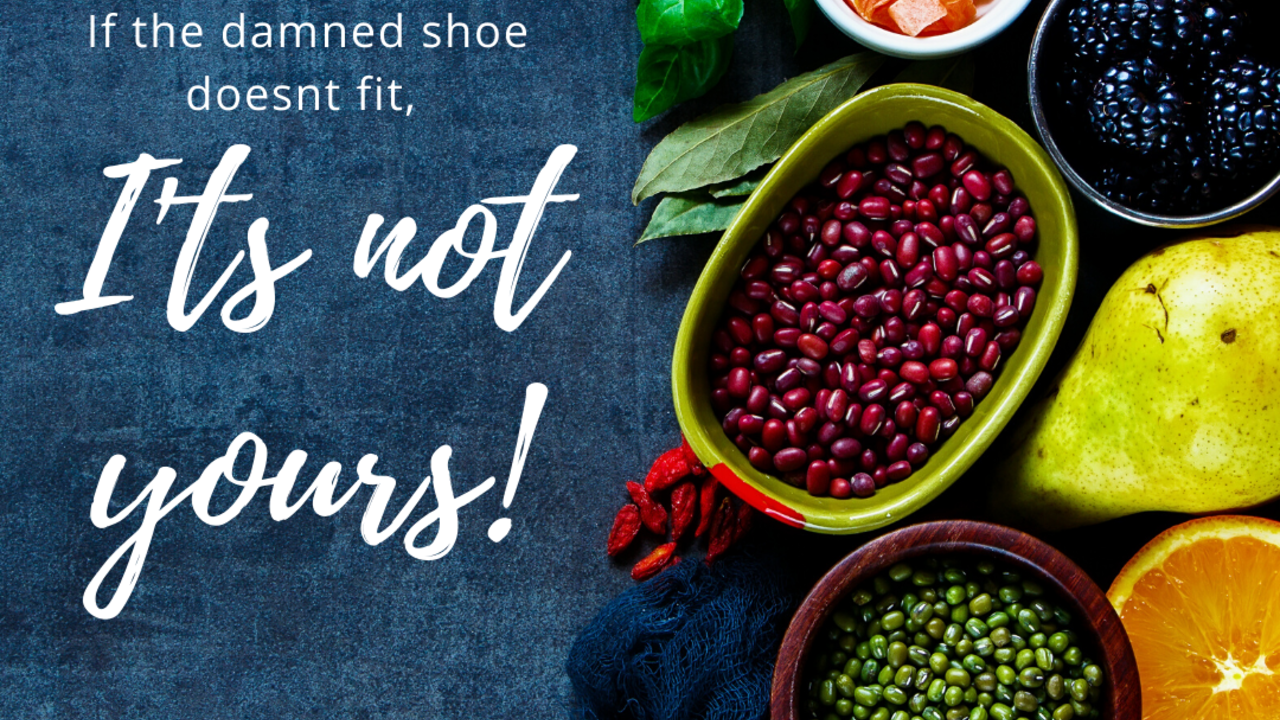 Last week I had two wonderful people come into the clinic who had been following certain dietary paradigms for a number of years, respectively.

One had been vegan, the other had done keto. Both were ready to give it the shove because they felt like it hadn’t been working for them.

I can’t tell you how proud I was of these two for having the courage to do this  - after spending a long while submersing themselves into each way of living, they were extremely knowledgeable and well-researched, and could just about run circles around me with food choices, combinations, and nutrition know-how in each field.

But it was failing them. It had taken a couple of years, but one was going backwards at a very slow rate (which had accumulated to the point of noticeable), and the other had developed such an unhealthy obsession (read, eating disorder style), with food restrictions, that she would break out in a cold sweat at the thought of eating anything that wasn’t strictly part of her plan.

This is ridiculous. Its unhealthy, and from a diplomatic point it generates far too much stress to ever give you a healthy edge In life. It is why I refuse to let people count calories or define a ‘diet’, (unless we are talking about performance based stuff that required a set of rules, but even then it needs to be tailored to a person). Its also why I refuse, after so many years working in this place, to give people entire meal plans that count every serving size religiously…. It is not a way of life to label yourself, and it does not do anything healthy in the long run to fixate so heavily into a set of rules that you forget that your mental health overrides absolutely all perfected nutrition.  Cortisol wins. You lose.  Always.

Now I am absolutely not blaming veganism, or the keto craze. My point naming them wasn’t to shame them, but rather to allow people to relate to the level of restriction that these two example bring. They do work for some people, and some do thrive on them for different reasons.. so please shelve any thoughts of judgement now.

What Im getting at, is that just like 19th century version of Cinderella  where one of the step sisters cut off her toes to fit the shoe, I see SO MANY people jump on board with diet fads and see gains initially. (I mean, the shoe fits not right?).. but then after a period of time they fall down bismally. After all, they had to make severe changes to make it fit, and now its effecting other aspects of their health and life. (no toes!).

For every passionately energized person bouncing around on a facebook ad or Instagram post, there are usually just as many who are cowering in the corner, wondering what sort of failure they must be to not be getting the same gains. Not great for us.

So something I want to put to you.. what if you weren’t so fixed in your label?  What if you gave yourself the freedom and flexibility you deserve to be able to step outside of your paradigm, if only for a moment, to fix or fulfil something that requires it?  Perhaps without the label of Vegan, you would not feel so ashamed of eating honey in something accidentally?  Or perhaps youd be ok with eating a couple of eggs, if its what your body needs to get back on track??

Maybe that keto that you yo-yo’d in and out of for years would be easier if you ditched the ketone measuring and simply took on the general eating guidelines, but maybe even added the carbs that your level of activity (and stress) sometimes requires?

We are a part of nature, and everything about us cycles and oscillates, just like the rest of nature.  To be so rigid in any ‘diet’ is almost like hoping for 24mnths of Summer – it just aint a healthy expectation for yourself.

Perhaps the one thing that a bit of self-isolation has afforded us, is a bit of time away from gyms and places where we are prone to comparing ourselves to others.  Of course, we are probably also spending a lot more time on social media, purely to pass the time.. but remember that you have the choice about what you view. Youre in control of that, just like you are of what goes into your mouth.

Honestly, THE NUMBER ONE STEP TO LOSING ANXIETY AROUND FOOD, is ditching the external cues and paradigms, and taking an inward look at what your body really needs. Of course, learn from what others do, and take it on as a tool in your belt- but trust me when I say that shoe is NOT YOURS.. only you can create whats right for you.